Discussion concerning the first major re-evaluation of Dewey B. Larson's Reciprocal System of theory, updated to include counterspace (Etheric spaces), projective geometry, and the non-local aspects of time/space.
Post Reply
2 posts • Page 1 of 1

Is 3D reality around us the projection of the frequency/sound of unity, the progression of the natural reference system in a Universe of motion?

The thought came to me when I saw this invereted pentagram: 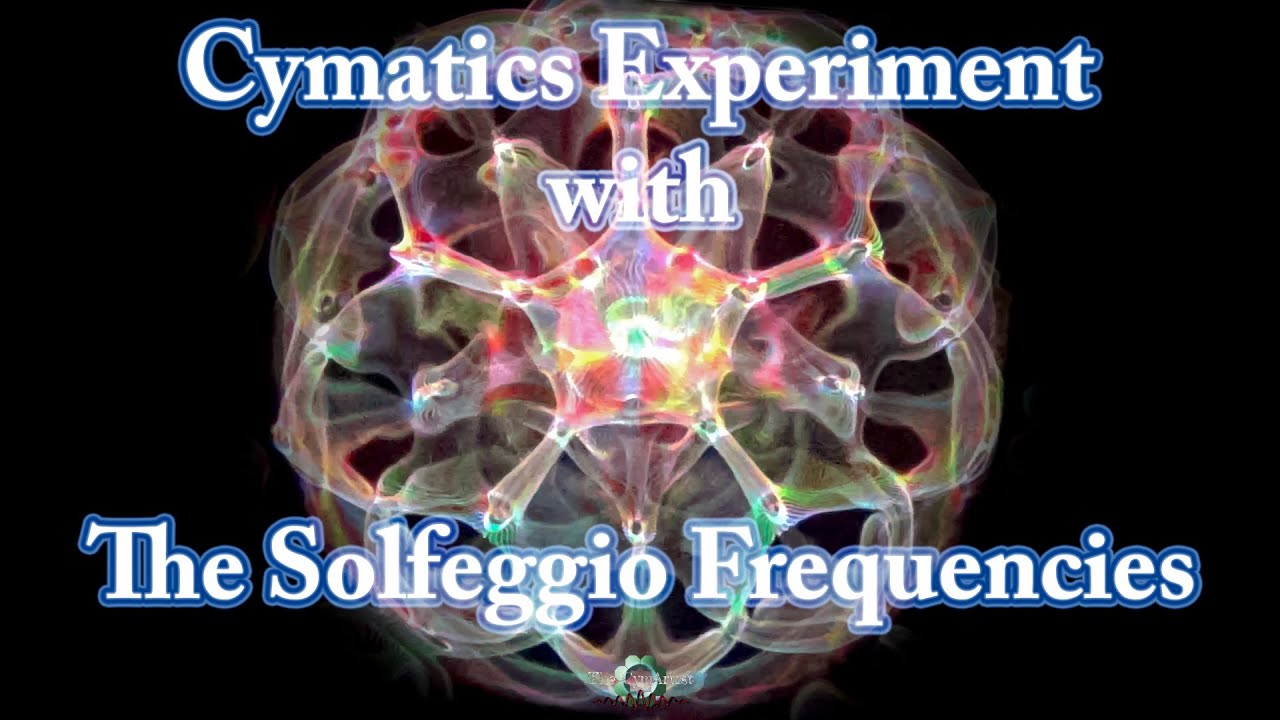 Are we a walking faraday instability point? 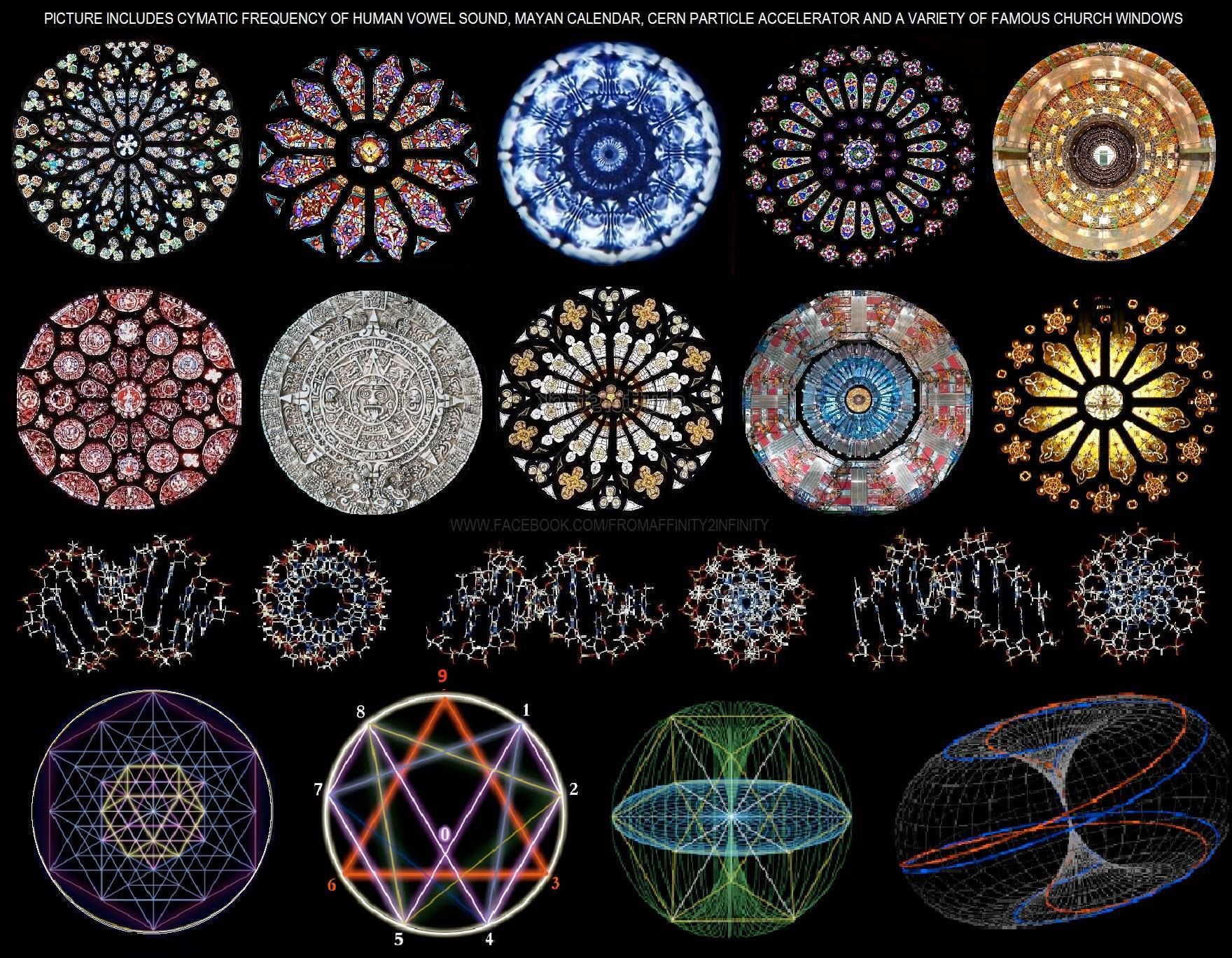 You will likely recognise a lot of shapes from crop circles to snowflakes:

How about the Holographic Properties of Water?

Is life in 3D space a projection of the vibration of unity on the liquid of 3D time? We are the cymatic shapes of the sound of progression?

bperet wrote:EM does not cause cancer; cancer is a response to the cell damage caused by EM. Rotation, begin a primary motion, is stable. Rotating systems do not disrupt other rotating systems. However, vibration, which is light, heat, electric charge or magnetic charge (unknown by conventional science) is designed to be disruptive. For example, an aggregate of molecules at absolute zero will just sit there as a solid, and ever do anything. Add some heat, and it alters the gravitational dimensions, changing the state to liquid, vapor or gas. ALL vibration does this, but manifests differently.

EM radiation, with sufficient magnitude to have a net effect past the unit boundary (like putting your hand in a microwave oven or standing next to a radio transmitter--same thing) causes a response in the space region similar to what heat does in the time region--it causes the life unit to lose coherence, just as a solid loses coherence and becomes a liquid or gas. This loss of coherence "melts" the life unit, causing damage.

Is the combination of space and time, a consequence of a universe of motion that results in speed ranges and the yin-yang blend that we experience of space and time creating a sound vibration like a sonic boom, except our reality we see is the result of this vibration?

bperet wrote:You are on different sides of the unit boundary. Gravitation is due to rotation inside the time region, basically in its own little universe. Ultra-high speed motion (3-x) is external to the time region--a property of the aggregate, not the atom, and as such, is not "pure" inward motion--it has all sorts of other components affecting it, such as collision with other matter, electric, thermal and magnetic ionization, etc.

Now gravitation also breaks down inside the time region as well. We call that property, "heat." That is why we have states of matter (solid, liquid, vapor, gas)--that "looseness" between atoms is due to the gravitational attracting breaking down in one or more scalar dimensions.

Like Cymatics, which are a 2D cross section of a 3D sound bubble, I now see what Bruce was saying:

Larson, during his analysis of the liquid state, concluded that there is no such thing as "surface tension" that forms a boundary between a liquid and its environment. For example, a drop of water sitting on the table does not squish flat to a 1-molecule high disc--it looks more hemispherical, which is why conventional physics thought there was some kind of invisible "wrapper" around it--surface tension.

Larson's analysis show that it was simply the interaction of two, different states of matter. The gas of the atmosphere versus the liquid of the drop.

Gas has 3 dimensions of freedom in space, which means that the molecules are not gravitationally bound to each other--the gas molecules will just "progress" apart and dissipate, unless contained.

Liquids have only 1 dimension of freedom, which means two spatial dimensions are still bound between molecules. This free dimension allows the structure to move in a 2D form--so the aggregate sticks together, but can alter shape (unlike a solid, with no dimensions of freedom).

The same tension that holds a surface together, is actually holding the entire liquid together. The only difference is that free dimension inside the liquid is randomly oriented, whereas on the surface, they all point the towards the gas.

From Larson's liquid state analysis, it can be generalized that surfaces occur where there is a difference in dimensional degrees of freedom.

This brings up an interesting option in the 3D, octree (voxel) model--what if you have a 2D entity that is trying to be expressed in a 3D system? A "2D solid" (neutrino) would essentially have the same properties of a liquid--two bound dimensions and one "free" one. By the same logic, a "1D solid" (positron) would have two free dimensions, which would be analogous to Nehru's vapor state (cloud-like).

So it would appear that 1D and 2D structures can be expressed in a 3D system--2D as a liquid-like surface (of no thickness) and 1D as a vapor-like cloud (fog) of lines. Of course, without a full, 3D structure, they could not be resolved by our senses into something observable--and would be invisible, yet able to interact. These appear to be expressed as 1D dielectric "line of force" that radiate outward, like a cloud of attraction/repulsion around a charge, and a 2D magnetic "surface of force" that form shells around a magnetic charge. (We express the magnetic force by lines, which is just a piece of graph paper taped to that surface so we can see how the surface moves.) So there are two things that come from this analysis:

1. Surfaces appear between motions with differing degrees of freedom.
2. Dimensionally incomplete structures are what is showing up as force fields.

For number 2 above see Ghosts!

There is a part two which I will watch tomorrow:

Secrets of Cymatics II, a lecture by John Stuart Reid