The Nature of 3-Dimensional Time

Discussion concerning the first major re-evaluation of Dewey B. Larson's Reciprocal System of theory, updated to include counterspace (Etheric spaces), projective geometry, and the non-local aspects of time/space.
Post Reply
2 posts • Page 1 of 1

The Nature of 3-Dimensional Time 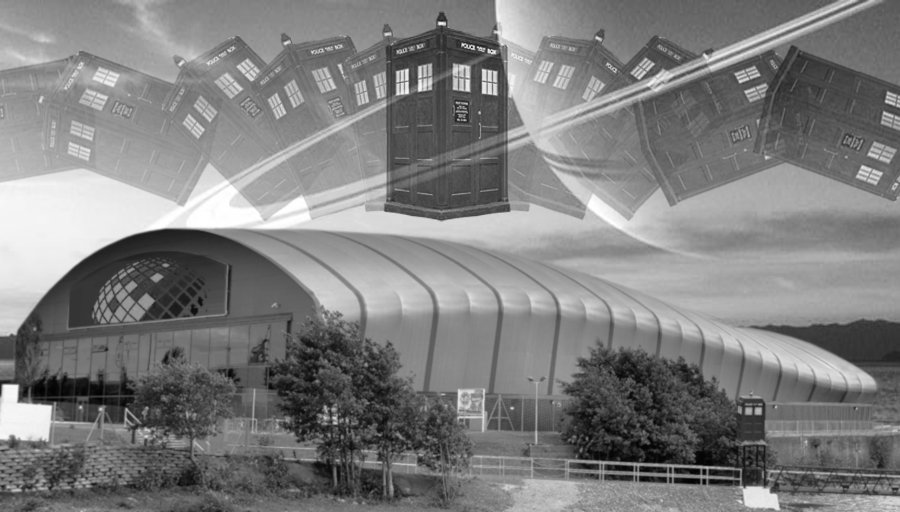 I was asked by a number of folks to do a blog post on what 3D time actually IS. In order to explain 3D time and multiple dimensions, a person needs a clear understanding of what a “dimension” is… and looking at YouTube videos of people trying to explain it, it seems there is a great deal of misunderstanding regarding dimensional relationships and a LOT of confusion over what a “dimension” is (3D or otherwise).

Thanks to some additional input from my friends on Facebook, I asked for a reply to tell me what they understand a “dimension” to be–their personal understanding. I then used the replies to build a bridge between conventional understanding and what the Reciprocal System perspective is–and that should really help to clear up the concept of multi-dimensional time.

The 3-dimensional nature of time was first published by Dewey B. Larson in the 1959 publication, The Structure of the Physical Universe as a natural consequence of the physical relations he had developed by studying the Periodic Table, realizing that the properties of elements were best explained if they were treated as the reciprocal of space. The simplest relation that combines space with its reciprocal was the concept of motion (speed or velocity) as space/time, meaning that this spatial reciprocal was actually time—not the conventional, clock time we are familiar with, but something that also had the properties of space, including its 3-dimensional structure.

This opened the door to another universe, much like the “universe of time” that Doctor Who’s ship travels in—a part of the Universe where time has three dimensions and space becomes a clock, what Larson went on to describe as the cosmic sector. This formed a perfect reciprocal with 3D space and clock time, which eventuated in his Reciprocal System of physical theory.

With that little bit of background, let’s explore this universe of time:

Re: The Nature of 3-Dimensional Time

Thank you for this - I did read and found very helpful.

I have been thinking for some time about how 3-dimensional time can be understood relative to a conscious observer, such as an average human.
This is important to me in particular because part the project I am working on still needs to resolve the "time" portion of the geometry,
therefor the article was "perfect timing"

To the author: for having not been able to ascertain myself, can you indicate whether the following makes any sense according to RS2 framework: 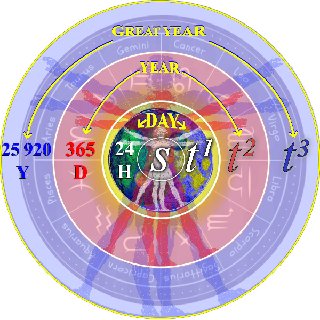 What I am trying to do is find a way to metaphysically map/explore 3-dimensional time
by giving it what Mr. Larson discovered: 3 dimensions.
Therefor I imagined:
t as local, daily time surrounding the being as a 24-hour "bubble",
t² as solar, yearly time surround all planetary beings (in accordance with their respective relations) as a bigger "bubble" containing the first
t³ as the 25-920-year often referred to as Great Year... say a greater "bubble" containing the first two

Is it not true that t³ and t² are essentially sitting "on top of" t at any given time, such that s³/t implies s/t³?

The reason this is important to me is because, apparently, the Piscean age (as denoted by the two fish) denotes 'I know...', and 'I believe...'
which are fixed as the two √roots of the pentagram CKIIT hypothesizes as being a/the solution to the "believer vs. unbeliever" situation(s).
If this is true, a simple axis/quaternion can thus be explicitly defined which provides a reference frame s/t³ that couples to any local s³/t reference frame:
x-axis as fixed operators: 'all' and 'not' (+/-) provides bi-directional mobility, according to bi-rotation principles found by Prof. KVK Nehru
y-axis as variable roots: 'beg' and 'end' (on top of one another by default).
If/when setting roots 'beg' and 'end' to the Piscean 'to know...' and 'to believe...' this axis/quaternion is itself sufficient to produce a model universe/being which resembles our own
as there can be generated two orientations:
{to know all thus: not to believe}, and
{to believe all thus: not to know}, which
each respectively approach 180-degree denials of one another, thus
pinning the root of human suffering to only the latter of the two.
Top
Post Reply
2 posts • Page 1 of 1